Discussing the Abandonment of FGC and Child/forced Marriage in Kolda 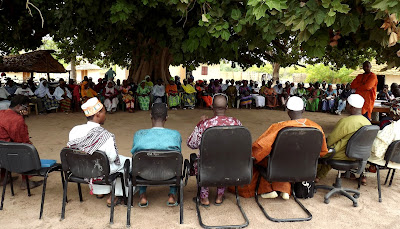 Topics such as female genital cutting (FGC) and child/forced marriage are discussed at the community level through participation in the program. 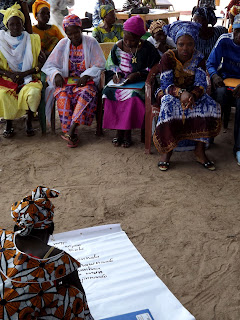 On June 25th and 26th, Tostan held a two-day workshop in Fafacouru to discuss human rights and democracy and community-led initiatives to end FGC and child/forced marriage. This workshop was attended by over 150 people, including Tostan staff, program participants from eight different villages, Community Management Committee (CMC) members, NGO partners, and other local leaders.

The workshop began with Mamoudou Camara, Assistant Coordinator of Tostan Kolda, asking the participants to share their expectations for the workshop. Together the community discussed their desire to further understand Tostan’s strategy and program, to discuss the importance of human rights in regards to both positive and negative social norms, and finally, to generate a sense of community involvement for the abandonment of FGC. The workshop consisted of presentations regarding Tostan’s values and mission, program implementation and subsequent results. Participants were encouraged to ask questions and share their thoughts with the group, several of whom cited Tostan’s CEP as being an essential component to creating positive social change in their own communities.

One inspiring part of the workshop was when a Tostan presentation on human rights prompted a lively and impassioned dialogue among the participants. In small groups, community members discussed the types of violence and discrimination they had personally witnessed or experienced, and subsequently generated ideas of how to handle these situations should they arise again in the future. The recognition of basic human rights, they concluded, was the first step in confronting negative social norms. After sharing and presentation sessions, the conversation naturally unfolded into a reflection on one of the most sensitive community issues: FGC. 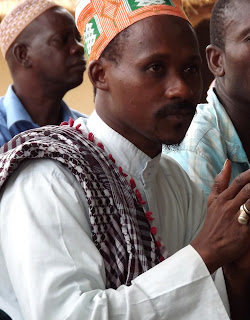 FGC, a practice once viewed by many to be an essential piece of traditional culture, can result in higher rates of maternal and infant mortality, fistulas, and other serious health problems for girls and women. After three years of non-formal education, participants were able to participate in open dialogue about these issues and come to a decision together around the necessity to abandon the practice.

At the end of the workshop, Tostan was asked to further extend their program into surrounding villages. The department of Medina Yoro Foulah hopes that through the process, all its villages will soon declare total abandonment of both FGC and child/forced marriage.

Though the education about human rights through Tostan’s CEP was certainly a catalyst for change, as demonstrated through the workshop and by people coming together to discuss these issues, the most powerful and sustainable forms of social change come from the communities themselves.