MDG3 in Action: The Prison Project 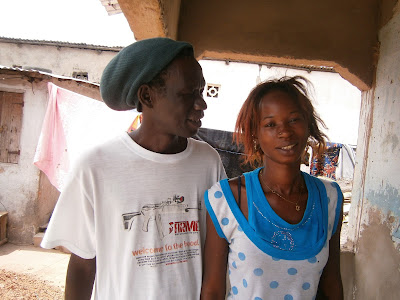 Tostan implements a modified version of its holistic non-formal education program, the Community Empowerment Program (CEP), in five Senegalese prisons. The ‘Prison Project’ aims to help detainees recover their sense of human dignity through participation in the CEP and learning about their human rights and equipping them with practical skills to start income-generating activities. Tostan also facilitates family mediations to help integrate former detainees back into their communities.

The majority of participants in the five prisons where Tostan works are women. One of the most visible results of the Prison Project is the economic empowerment of women due to their newly acquired skills in income-generating activities. These activities include fabric dyeing, soap making, juice making, aviculture, and more. The prisons where Tostan works have also linked practical skills trainings to the reduction in rates of re-offending.

Trainings on income-generating activities are very important as they can help detainees become financially self-sufficient during and after their imprisonment. A detainee’s ability to provide for herself is essential to successful re-integration into society. Gained skills also provide detainees the possibility of generating income while incarcerated, which increases their ability to purchase additional food, hygiene items, such as soap and toothpaste, and medication.

Mame Diarra Ndiaye is one woman who has benefited from Tostan’s CEP and income-generating trainings.

Mame Diarra is from The Gambia but travelled to Senegal for employment as a domestic worker. She was imprisoned shortly after her arrival in Senegal and sentenced to five years in prison. Due to her commitment to the CEP and good behavior, she was released within three years.

p>After her release in 2011, Mame Diarra returned to The Gambia where she put her new skills in fabric dying and juice making to use. She has been using the skills she gained with Tostan to make a living since her release.  Mame Diarra is also training other women in her neighborhood in the skills she has learned, especially juice making skills, which are particularly useful because of The Gambia’s abundance of fruit.

Tostan’s Prison Project empowers some of the most vulnerable people in Senegalese society and around the world: female detainees.

—-
To learn more about how the Prison Project empowers women in Senegal, read our blog about International Women’s Day and watch the video, “Empowered Women Take Charge of Their Freedom Together at Senegalese Prison.