The staff and Board of Directors of Tostan are proud to announce that Tostan Founder, Molly Melching was promoted on May 12, 2022, to the rank of “Chevalière de l’Ordre national du Lion” (Knight of the National Order of the Lion), one of the highest recognitions of service bestowed by the Government of Senegal. 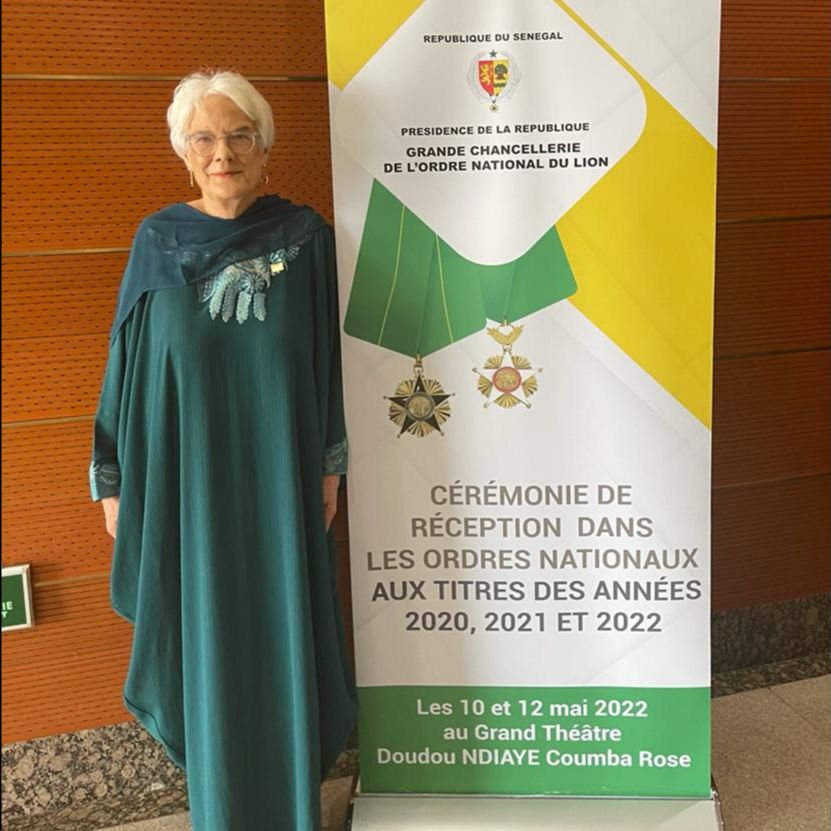 According to Rose Diop, National Coordinator of Tostan Senegal,

“This distinction is particularly special to us because it demonstrates the extent to which the Government of Senegal recognizes the efforts of Molly and Tostan, an organization she created in 1991 here in Senegal, to promote the well-being of thousands of communities.”

The Ordre national du Lion (The Order of the Lion) was created in 1960, the year Senegal gained its independence. This recognition is accorded sparingly upon individuals to honor distinguished contributions to the country.

Upon her arrival in 1974 as part of a university exchange program, Molly became a student of Professor Cheikh Anta Diop, a renowned Senegalese intellectual. Professor Diop deepened Molly’s knowledge of African culture and encouraged her interest in promoting education in national languages.

Molly first worked with a Senegalese team to create a cultural center for out-of-school children in the Medina neighborhood of Dakar. The center promoted African cultural elements such as songs, stories, and theater, as well as African children’s books in national languages. Molly then moved to a rural village in Senegal where her team developed a basic education program for adolescents and adults in Wolof, the most widespread national language in Senegal, in collaboration with villagers who had never attended formal school. 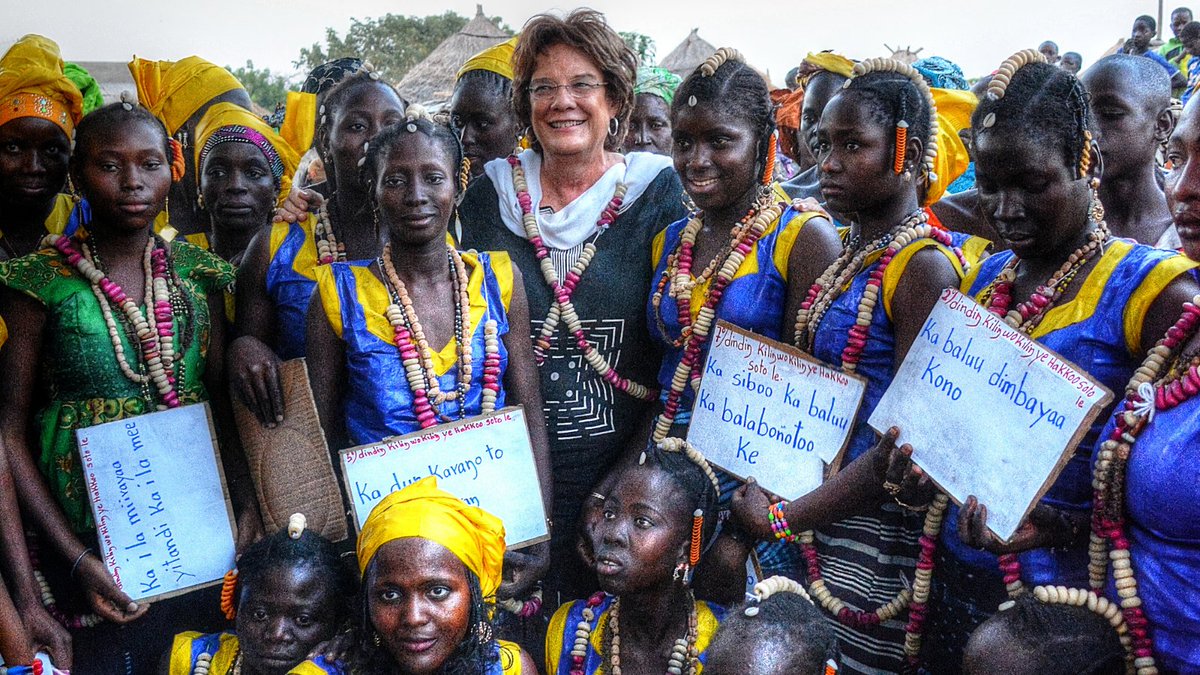 In 1991, Molly founded the NGO Tostan, a nongovernmental organization dedicated to community-led development in Africa. Working primarily in remote regions, Tostan provides participatory human rights-based education to adults and adolescents who could not attend formal school. For over three decades, Tostan has demonstrated that providing such an empowering education transforms learners and their communities, leading to meaningful and sustainable social change. Tostan’s predominantly African staff includes field coordinators, supervisors and organizational administrators and hundreds of trained community facilitators. The 36-month education program, known as the Community Empowerment Program (CEP), includes community-led outreach strategies that engage program participants in their own and neighboring communities. As a result, Tostan has transformed the lives of millions of Africans.

“This recognition by the Government of Senegal honors Molly Melching’s commitment to the people of Senegal and to the vision of “dignity for all.” Her contributions to promote the human rights of millions of people in many African countries, and Tostan’s positive impact, will continue for generations to come,”

-Fatimata Sy, Vice Chair of the Tostan Board of Directors