The first two confirmed cases of COVID-19 were reported in Mali on March 25, 2020. The first step taken by the Government of Mali was the development of a disease prevention and control plan with four main areas: prevention, communication, capacity building and case management. As early as this, a state of health emergency and a curfew from 21:00 to 05:00 in the morning were declared in addition to a set of previously adopted measures, including the suspension until further notice of commercial flights from the affected countries, with the exception of cargo flights; the closure of public, private and religious schools (nursery, primary, secondary and higher), including medersas, for three (3) weeks; the suspension until further notice of all public gatherings, including workshops, colloquia, seminars and popular meetings; the prohibition, until further notice, of social, sporting, cultural and political groups of more than 50 persons, the closing, until further notice, of nightclubs and dancing bars.

It is in this context that the government organized the general elections (29 March for the first round and 19 April for the second round) despite opposition from a large number of civil society organizations, given the risks of the spread of the disease associated with the election.

As of 7 April, there were 56 confirmed cases in Mali in the Bamako district, as well as in the regions of Kayes, Koulikoro and Mopti. The COVID-19 outbreak further weakens an already fragile security and socio-political situation.

However, from the beginning of July to August, there was a significant decrease in new cases of contamination according to official statistics provided by the Ministry of Health and Social Affairs. This has led to the acceleration of deconfinement at the country level.

Mali reopened its borders between 25 and 31 July 2020 following a recommendation by the Ministerial Committee for Transport Coordination of the Economic Community of West African States (ECOWAS).

Early in the pandemic, Tostan Mali’s national coordination developed a contingency plan in line with Mali’s national COVID-19 plan and Tostan’s strategic directions. The axes of this plan are:

During the months of April to June, this plan enabled us to produce 79 programmes on 10 partner radio stations and distribute 10,326 booklets on the coronavirus as well as 1,031 brochures on “Islam and the Coronavirus”. in partnership with local government partners who have delivered the distribution. 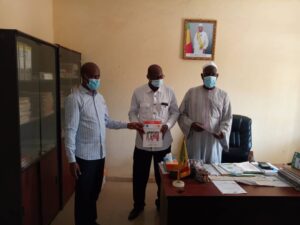 Through the contingency plan, Tostan Mali was able to maintain contact with partner communities to support COVID-19 prevention efforts and encourage community management committees to sustain development initiatives in the context of a pandemic pending the effective resumption of the program.