#Tostan30: Demba Diawara, one of the most influential people in Tostan’s history

There has perhaps not been a more influential person in Tostan’s history than Baay Demba Diawara. 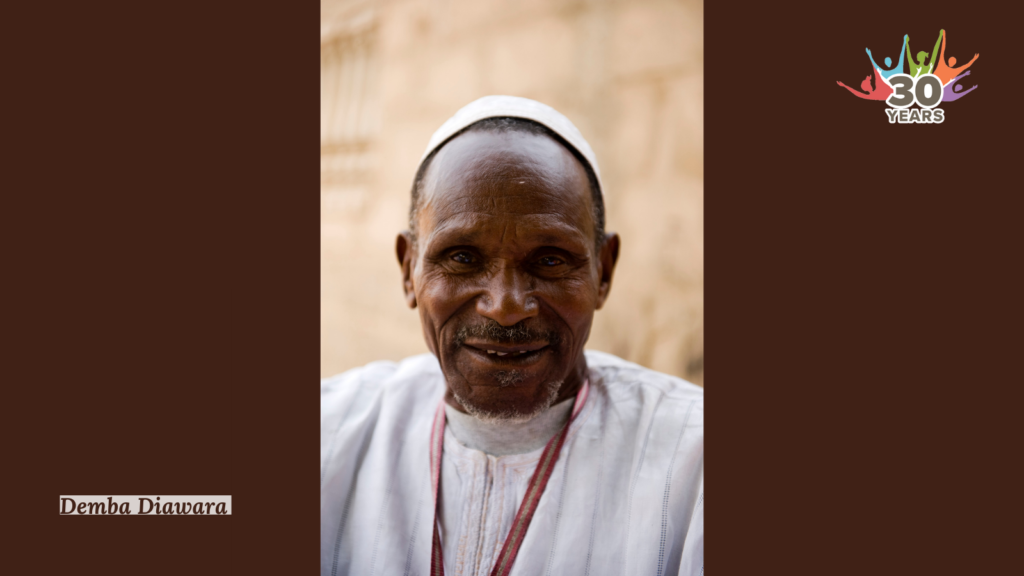 An Imam and the Chief of Keur Simbara, Baay Demba, like generations before him, believed that a girl who had not been through the practice of Female Genital Cutting (FGC) would be ostracized and unmarriageable. After participating in Tostan’s program, Baay Demba learned of the harmful consequences that FGC can cause and subsequently led and guided the first efforts of Tostan participants to end the practice. He explained that to end FGC, people from the same extended family needed to first reach out to discuss abandonment with their intra-marrying social network. He, along with members of his family, visited over 340 rural communities in Senegal for over a period of 15 years, sharing human rights and health information he had learned from Tostan classes and dispelling the myth that FGC is a religious obligation. Hundreds of communities then made collective public commitments to end FGC to ensure there will be no discrimination against girls who are not cut and sharing their decision with thousands more through radio and television coverage. Baay Demba’s wise and respectful strategy for ending harmful social norms has influenced UN organizations and governments throughout Africa and has resulted in over 9,300 communities in eight African countries publicly declaring their decision to end Female Genital Cutting.

This story has been created in the framework of Tostan’s 30th Anniversary. 30 stories will be published in 2021, celebrating the amazing Tostan’s Family. This is a way for us to honor communities and local leaders as well as our teams, partners, networks, donors and anyone who has joined us on this journey.