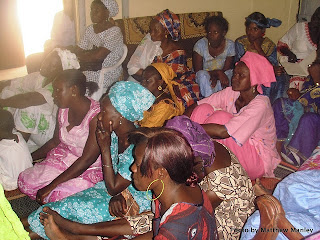 Last week in Mbour, Senegal, Tostan welcomed representatives of three Diola women’s associations from Thies, Dakar, and Mbour for a film screening of Walking the Path of Unity and an accompanying discussion. Titled, Buru bújojenuma sísukas in the language of Diola, Walking the Path of Unity was a collaborative effort of the Belgian NGO RESPECT, Tostan, and the Diola community of Diégoune in the Casamance region of Senegal. Told from the community’s perspective, the film shares the story of Diégoune’s decision to abandon female genital cutting (FGC).

Walking the Path of Unity is unique both because of its directors— the community members of Diégoune— but also because of the intended audience. While most films about traditional practices are created with the intention of educating foreign audiences, Diégoune’s film was created to share with other Diola communities the reasons behind Diégoune’s decision to collectively abandon FGC.

Following the film, organizers facilitated a discussion of the film. Madame Diamé, a woman present at the screening, shared her story. Originally from Casmance, Madame Diamé was a cutter by profession until 2005, when she decided to abandon the practice. After training to become a physician’s assistant, she helped to form the 15-member group of ex-cutters in Mbour. She concluded her story by encouraging others to abandon what she now views as a harmful practice. 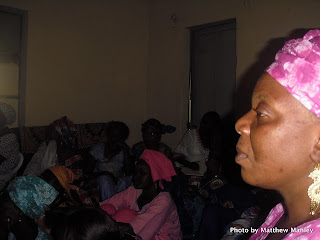 Following Diamé’s account, another Diola community member shared her story about her own infertility as a result of FGC, as well as those of her three adopted daughters, none of whom have undergone FGC.

The film showing and discussion are part of Tostan Mbour’s continuing efforts to facilitate connections between communities that have declared their abandonment of FGC and the diaspora communities, whether in urban areas of Senegal, in France, or in the United States.

Click here to learn more about Walking the Path of Unity, or visit Tostan’s YouTube channel to watch the film. You can also learn more about how Tostan is helping communities in Africa connect to family in the diaspora through mobile technology and the Jokko Initiative.