Earlier this summer, Tostan Guinea along with representatives from Guinea’s Ministry of Social Affairs, Ministry of Territorial Administration and Decentralization, and Ministry of Literacy visited ten villages in central Guinea in order to see first-hand the impact of Tostan’s work in the field. 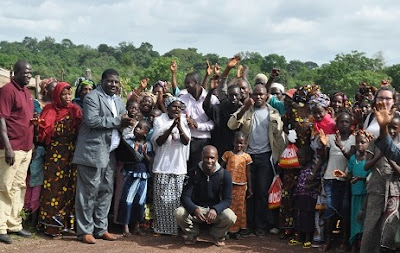 After arriving in Guinea mid-June, I set off with the National Coordinator of Tostan Guinea, Mouctar Oulare, and three members of the Ministry of Social Affairs for a seven-day mission. We were going to visit ten communities where Tostan implements its holistic human rights-based education program, the Community Empowerment Program (CEP).

In each village, community members welcomed us with songs and dancing. Program participants then responded to questions from ministry representatives about the CEP and the changes they were seeing in their everyday lives. Community members often accompanied the question and answer sessions with skits and speeches about different aspects of the program: democracy, hygiene, health, problem-solving, project management, and much more. Everything was conducted in local languages, but I was fortunate to have Mouctar translating for me. 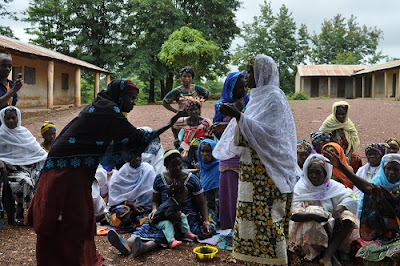 Driving through the country where the rainy season has just begun, I was amazed at the green mountains and waterfalls, but more so by the amazing development initiatives people are leading in their communities. In the village of Tanènè, I saw the newly built community center, which functions as a pre-school during the day and houses the CEP class sessions in the evening. The village of Madina Horoya has started implementing a registry system for social mobilization, birth registrations, and other community-led activities. 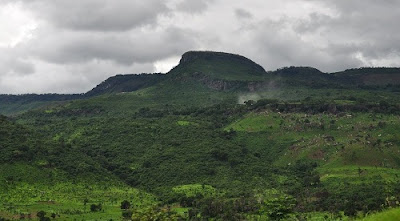 I was incredibly impressed by the women during the community presentations. Before the Tostan program, it was not culturally acceptable for women to speak publicly and participate in the decision-making process of the community, but the female leaders I saw expressed themselves clearly and confidently. They spoke about the positive changes in their communities, such as improved cleanliness of the village, greater solidarity between community members, and more peaceful relationships between spouses.

One elderly woman in the village of Koobèn who had never learned how to read or write explained the process of birth registration in front of her community and representatives of Tostan and the Ministry. It is estimated that 43 percent of Guinea’s children are not registered. This poses many problems when they try to enroll in school and later when they reach voting age. Tostan teaches about birth registration and the Right to a Nationality, and more parents are registering their children in rural Guinea thanks to the awareness raising done by Community Management Committees (CMC) in villages where Tostan implements the CEP.

Speaking to the representatives of the Government, they told me that they were very impressed with the development initiatives being led by the communities themselves and hoped to partner with Tostan on other projects.

Over the course of the week, I learned more about rural Guinea and Tostan than I ever could have from a book. As I begin my year of volunteering, I am excited to discover more about Guinea, the people who live here, and the positive changes they are leading in their communities.

Story and photographs by Julie Dubois, Assistant to the National Coordinator, Tostan Guinea