91 Villages in Wack Ngouna, Senegal Abandon FGC Thanks to the Power of Social Mobilization 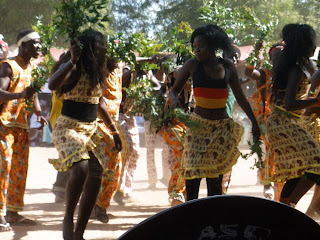 In the village of Wack Ngouna, I watched as dust spiraled up from the quick steps of countless dancing feet.

Celebrating a collective decision which will effectively change the future for girls in Wack Ngouna, a district near Kaolack, Senegal, hundreds gathered to watch as representatives from 91 communities shared with the nation their decision to abandon female genital cutting (FGC) and child/forced marriage.

As I listened to local dignitaries speak, sharing their enthusiasm for Tostan and for the future of women and girls in the surrounding communities, I realized the magnitude of this public declaration. While a much smaller event than the giant public declaration in Kolda last month during which 700 communities declared abandonment of FGC, this declaration was particularly powerful because none of the 91 declaring villages had taken part in Tostan’s Community Empowerment Program (CEP), a 30-month, holistic education program teaching human rights, democracy, health, hygiene, and literacy, among other subjects. 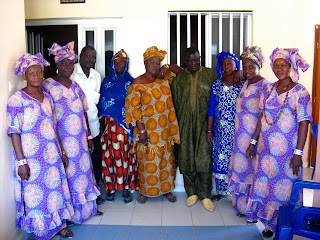 The villages of Wack Ngouna are proof of an incredible feat of community-led development: social mobilization. A group of five Community Management Committee (CMC) members – individuals who have been elected as leaders within their respective communities – was led by Tostan’s Ousmane Ndiaye and Marietou Diarrou, responsible for social mobilization in the Kaolack region. The team traveled from village to village, sharing knowledge they had gained from the Tostan program with other communities while encouraging village leaders to address issues of women’s rights and health. This  method of social mobilization allows shared knowledge to spread from one village to the next, creating a web of communities connected by the understanding that harmful traditional practices undermine the health and human rights of women and girls. 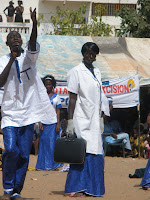 Skits performed by local youth during the celebration in Wack Ngouna illustrated their understanding of the negative effects of FGC and child marriage. One skit portrayed a 12 year old girl who was to be married to an older man in exchange for a dowry. But the girl stood up in protest saying, “the money that you put in your pocket today is the happiness that you take from me tomorrow.” She then convinced her father that she should continue her education so she could one day find a good job to help the family.

Within the last two months alone, almost 800 villages have declared their abandonment of FGC and child/forced marriage thanks to the dedication of thousands across Senegal who, by sharing knowledge and discussing ideas learned through the Tostan program, are creating positive social change. The incredible movement continues.