Communities in the Region of Tambacounda, Senegal Meet as the Community Empowerment Program Begins. 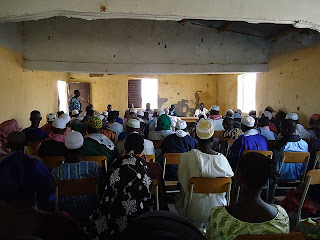 In the village of Gabou, Senegal I accompanied Tostan’s Regional Coordinator of the Tambacounda region, Thierno Diallo, to a community meeting. The day before the meeting, lying beneath a tree, I attempted to find refuge from the heat. My new taille basse, a traditional Senegalese ensemble, clung to my skin, soaked in sweat. Tostan facilitators and supervisors, along with the villagers, sat next to me and discussed the symbiotic relationship between trees and humans.

Tostan began implementing its Community Empowerment Program (CEP) in 13 villages that neighbor Gabou just two months ago. On this day, however, 114 people, representing 57 villages and the Pulaar, Soninke, and Bambara ethnicities, arrived to participate in the meeting. Present at the meeting were village chiefs, Imams (religious leaders), and villagers. 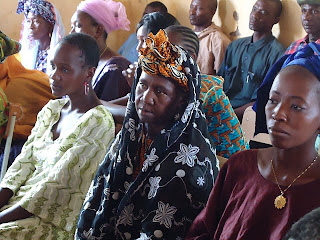 The goal of the meeting was to familiarize CEP participants and the communities with the Tostan program, but it also provided an opportunity for individuals from different communities to share experiences, exchange information, and discuss their expectations for the program. Coordinators, supervisors, and facilitators leading the Tostan program had the chance to clarify the goals of the CEP, ensuring the communities felt involved and included in the process. 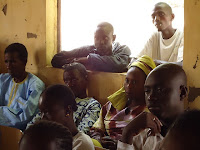 Tostan’s program, Coordinator Diallo explained during the meeting, focuses on many topics, including human rights, health, and education. The format of these lessons allows for discussion and debate between community members, allowing them to guide the discussion. The audience was rapt; a few people were leaning in through windows in an effort to hear. The president of the Rural Counsel, Souleymane Ly, also spoke in support of Tostan and the program, highlighting the Senegalese government’s recognition of Tostan’s approach to development.

At the end of the meeting, the crowd applauded and made their way outside to visit beneath the trees. I returned to Tamba proud of Tostan and of all the people who work hard to achieve sustainable development in their own communities.