It has been five years since Gnima Diamé last performed female genital cutting (FGC), the trade her mother taught her. 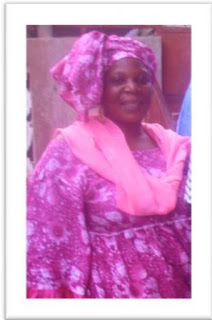 Originally from Biñona in the Casamance region of Senegal, Gnima has been a resident of the city of Mbour since 1992, as well as the treasurer for the Mbour Association of Ex-Cutters since its formation in 2004. The organization—comprised mostly of women of Mandinka ethnicity except for Gnima who belongs to the Diola ethnic group—raises awareness about the risks associated with FGC and supports women who have abandoned careers as cutters.

The goal of the group of ex-cutters is to attain government-recognized status as an economic interest group. This status will enable the women to acquire financial assistance from government lending agencies and other sources. Other goals include implementing income-generating initiatives and developing awareness-raising programs focused on the health of young women.

For Gnima, her decision to abandon a career as a practitioner of FGC stemmed from recognizing the health hazards related to the procedure. However, abandoning her career took a leap of faith. Over the course of six months in 2004, she took classes in order to become a physician’s assistant and is now certified as a childbirth specialist. She is currently looking for a health related post in Mbour.

Gnima has four daughters and one son of her own. None of her daughters have undergone FGC, and according to Gnima, they will never feel pressured to cut their own daughters.