Honoring Maimouna Traoré, a brave pioneer of the movement for the abandonment of FGC in Senegal 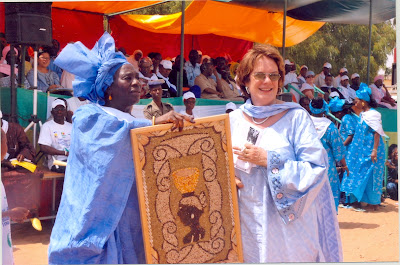 We were very saddened today to learn of the death of Maimouna Traoré, Coordinator of the Community Management Committee (CMC) and Chair of the Advisory Committee of Women of Malicounda Bambara, a village in western Senegal.

Maimouna was one of the first pioneers of the female genital cutting (FGC) abandonment movement that is sweeping through West Africa. She led the group of courageous women who on July 31, 1997 stood before 20 journalists, government and NGO officials and declared before the world the decision of their village to abandon FGC, a tradition which had been practiced for centuries in their community.

Their decision was not only courageous, but ignited national dialogue on the subject. There was much initial criticism around the abandonment and Maimouna and the women of Malicounda Bambara often had to vigorously defend their decision, which they did using their knowledge of human rights and by encouraging dialogue around how the practice hindered African development.

Following the Malicounda Bambara declaration and another declaration by Nguerigne Bambara in November 1997, the then-President of Senegal, Abdou Diouf announced his support for the declarations and FGC abandonment in a speech to the 33rd Congress of the International Federation of Human Rights held in Dakar on November 20, 1997. 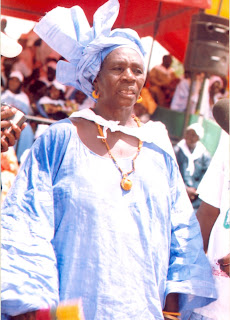 Now, 15 years later, over 5,000 communities in Senegal have abandoned FGC, and the Tostan approach has been incorporated in Senegal’s National Action Plan for FGC Abandonment 2010-2015.

None of this would have been possible without Maimouna Traoré.

Maimouna’s impact on the lives of girls and women across Senegal and her belief that education is the key to positive social change cannot be overstated.  Despite many hardships and criticism following that first announcement by herself and the “evolutionary” women of Malicounda Bambara, her commitment never wavered.

As Maimouna affirmed:  “Today we are more in harmony with our traditions and culture. We are Bambara more than ever. We strengthened our positive traditions and abandoned those that are harmful to our well-being. We changed because we are now more responsible and caring and proud of what unites us.”

The courage and determination of Maimouna Traoré will continue to inspire millions of women across Senegal, Africa, and the world.

Maimouna, we valued your spirit, knowledge, friendship; you will leave behind a legacy that will pass through the generations. You will be greatly missed.