Imagine spending all your life in your village of 500. You only ever leave to walk three hours to the nearest village with electricity to recharge your cell phone. On rare occasions, you’ll grab a seat in a passing car to visit relatives further away.

Now imagine that you find out you’re about to travel to another continent to study solar engineering.

﻿﻿﻿﻿﻿﻿Lamarana Ba didn’t need to imagine any of this. The Tostan participant and Community Management Committee (CMC) member of three years left her village one morning to visit with friends and returned later that day to discover that she would be traveling to New Delhi, India as part of an exciting solar energy partnership with Tostan’s Solar Power! Project and the Barefoot College.﻿ 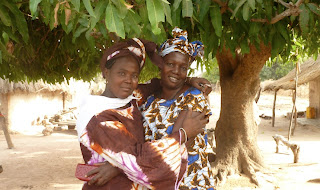 The 41-year-old vegetable-seller has lived in Kibaasa, a village in the region of Kolda, southern Senegal, since childhood; Lamarana helped her father in his fields, met her future husband, and raised their seven children all in the small community nestled close to the Gambian border.

Always bustling and ready to share a smile, everyone in Kibaasa knows Lamarana for her neighborhood visits. Her confidence made her the natural choice when the village’s 56 Tostan participants came together to elect a community representative for their public health committee. Lamarana’s friendly house calls increasingly incorporated discussions about hygiene and family well-being.

When it came to organizing a weekly village cleanup day, Lamarana had no difficulty in getting the community involved; she rings a bell once a week and all the villagers come prepared. Kibaasa’s paths and yards are spotless today thanks to this woman’s leadership. 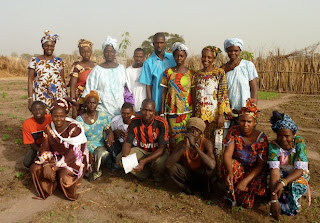 The energy and activism that Lamarana has brought to her position are characteristic of the entire Kibaasa CMC. Recognizing the village’s leadership in local development, Tostan invited Kibaasa to take part in an innovative program spearheaded by the Barefoot College. The non-profit promotes sustainable rural development around the world and trains women and men from remote communities to install and maintain solar panels.

For villages like Kibaasa, these panels mean that the community has immediate access to electricity for the first time. Cell phones are more easily recharged, facilitating business and contact with relatives far away. Hours lost walking to a village with electricity can now be invested in caring for family well-being or studying for school.

Kibaasa didn’t hesitate when it came time to elect their delegate to the Barefoot College. Everybody agreed that Lamarana was the natural choice to bring business savvy and initiative to the position, which will involve building a sustainable microenterprise around community solar panel usage. Lamarana will apply the small business skills she learned in Tostan classes to develop a pricing system and usage parameters to maximize benefits for her new clients.

In early March 2011, Lamarana and another Tostan participant flew across Africa to join other community activists from around the world at the Barefoot College. When they return home in six months time, the two women will rejoin their families and friends as certified engineers—the first in their villages.

Already a locus of development thanks to the energy of community members, Kibaasa will soon shine even brighter.