As we ride the 30 kilometers from Kuraw Kemo to the next village of Touba Wuli, my fear of motorbikes begins to give way to exhilaration. I feign nonchalance by resting one hand on my knee in an attempt to look casual, while still tightly gripping the tail light behind me with the other. 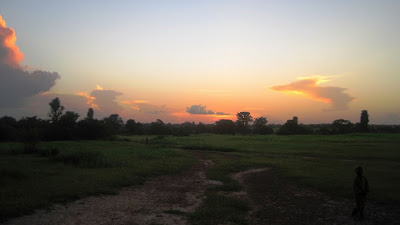 In the village of Touba Wuli, education is on the tip of everyone’s tongue when I ask about challenges facing the community. There is no English school here, only a Koranic one, and even that has no desks, no chairs, and just one blackboard for over 100 students. Nearly all adults in the community are illiterate but they have greater hopes for their children, many of whom attend English schools in neighboring villages. 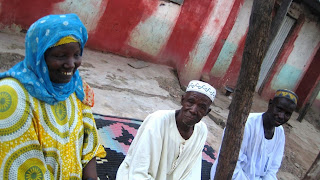 Unlike many Gambian villages, there is no skills center in Touba Wuli where residents can learn  marketable trades. Ajafay Camara, the head of the women’s kafo (committee), attends meetings in Basse as part of her duties and on one such occasion, she received a brief training in fabric dyeing. Though she wants to teach this to the women of the community, there is no money to hire a more qualified instructor or even to purchase the necessary supplies.

On the subject of female genital cutting (FGC), Karmo Sanuwo, the secretary for the Village Development Committee (VDC) expresses his support for the practice on the basis of religion, tradition, and the necessity for “cleanliness.” But Ms. Camara told me previously that she attended the Tostan declaration in the nearby village of Darsilame. When I turn to ask her opinion she sighs and says, “It is very difficult to stop this tradition, but if people are educated about the problems, if they are sensitized, they will abandon.” 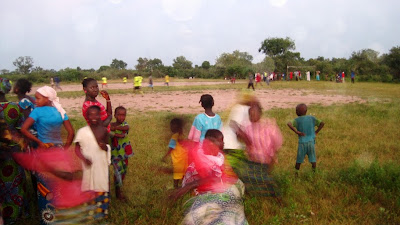 Despite never having previously met any of the inhabitants of Touba Wuli, Lakamay and I are graciously fed and lodged that night as guests. We join the community in watching a soccer game until the sun sets. Without electricity, the arrival of night feels more profound, but it is still not as dark as one would expect as we sit outside for hours. The village is illuminated by the Milky Way, the flickering of candles, the flashing of a lightning storm on the horizon, and the glow of the coals used to brew attaya or green tea.

Story and photos by Katie Seward, Tostan Volunteer in The Gambia