The village of Tankanto Mauondé, Senegal: A Village of Activists 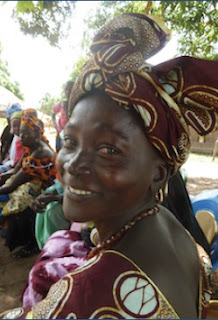 Rich in tradition, the village of Tankanto Mauondé prides itself on a history that spans over 400 years. These villagers speak with even more pride, however, when they discuss the future of their daughters. The next generation of girls will grow up in a community which has declared to abandon female genital cutting (FGC) and child/forced marriage.

Takanto Mauondé was once a community of Fulani farmers who cultivated rice, maize, and peanuts, crops which once constituted the main source of revenue for the original 700 inhabitants. Today, the most important value in the village is that of teranga, or Senegalese hospitality. A strong interest in the well being of others is reflected in the character of the villagers and it is this interest that influenced their participation in the Tostan program. After Tostan began implementing the Community Empowerment Program (CEP) in the community in 2008, the 76 participants – 66 women and eight adolescents – responded enthusiastically to the lessons on health and human rights. Women created a Community Management Committee (CMC), a group of 17 democratically elected individuals, and initiated awareness-raising campaigns to introduce nearby villages to the negative effects of harmful traditional practices. 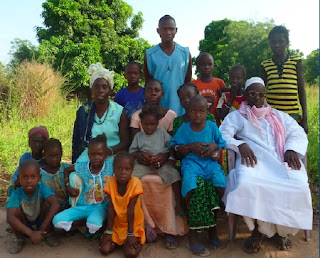 Boubakry Baldé, the husband of a CMC member, described the committee’s work: “We have seen many changes in mentality in the village and there is now greater potential for the development of young girls.” Today, the villagers speak about the importance of sending children to school, and they proudly insist that no girl will be forced to quit school due to an early marriage.

“It’s the women who took the initiative,” said the village chief’s representative. Today, women have a more central role in the village. “Before, women didn’t speak during meetings,” recalled Fatoumata Baldé, the coordinator of the CMC. “Now, even during baptism ceremonies, marriage celebrations, and religious events, women are involved in the decisions.”

The changes brought about by the CMC are extraordinary. The CMC initiated a dialogue on the importance of birth registration as well as registering children for school. Women have won respect and now have the full support of everyone in Tankanto Mauondé, from the village chief to religious leaders.

Thanks to knowledge gained in the areas of mathematics and project management during the Tostan program, the CMC leads income generating activities such as selling vegetables and dried fish. Entrepreneurs meet two times a month to calculate their expenses and the benefits of their sales. They speak with enthusiasm regarding projects they will begin in the coming year. 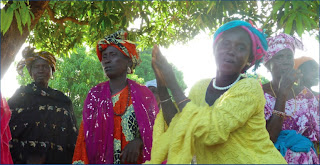 The community’s decision to abandon harmful traditional practices ─ which they shared with the world in a grand declaration held on November 28th ─ shows a strong wish to preserve the health and the rights of their daughters. According to Mamoudou Baldé, “We will show the government, neighboring communities, and other countries that we have decided to abandon FGC and child/forced marriage.” On the 28th of November, the village of Tankanto Mauondé was one of 700 villages investing in the future of every girl in Senegal.